Haradinaj: Neither Thaci nor I are owners of Kosovo 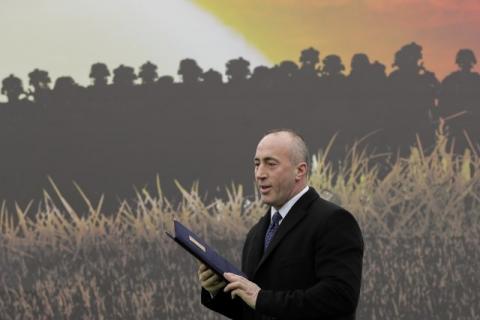 "There are two million people living there. There is the act of declaration of independence. If someone dares to negotiate the territory of Kosovo, then he is against the Constitution, Haradinaj told the T7 broadcaster, Koha reported.

Others present, he said, were his deputies Behgjet Pacolli and Fatmir Limaj, as well as Assembly President Kadri Veseli. During the evening, a "dignified" conversation was had, Haradinaj said.

He explained that this conversation was initiated by Rama and that his idea was to hold the meeting in Tirana, "but it happened to be in Pristina."

"It was a cautious conversation on familiar topics: taxes, dialogue, options for a final solution to the Kosovo issue. There has been no change of position," Haradinaj claims, Pristina based Albanian language daily Zeri reported.