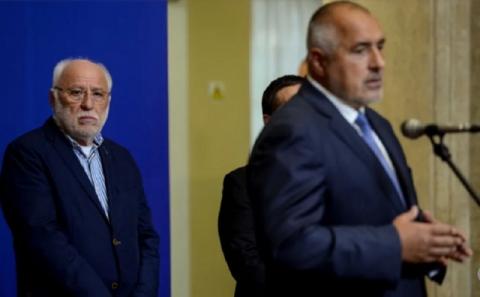 Bulgarian officials say they will investigate reports that a third suspect in the 2018 nerve-agent attack on a former Russian spy in Britain may have also been involved in a 2015 poisoning in Bulgaria, reports Radio Free Europe.

A parliamentary committee on February 9 said it will next week request information from the Bulgarian intelligence services following a report published on February 7 by the British-based open-source investigation group Bellingcat.

The investigation centers on the poisoning of local businessman Emilian Gebrev, said Tsvetan Tsvetanov, the parliamentary leader of the ruling GERB party.

He said the probe would be coordinated with foreign partners.

"I am certain that the necessary coordination has already been set up between the Bulgarian, British, and European authorities on the case and they are working actively on it," he said.

Bellingcat, along with its Russian partner, The Insider, said the suspected Russian security agent arrived in Bulgaria in April 2015, just days before Gebrev and his son became seriously ill after being poisoned by an unidentified substance.

Bellingcat said the 45-year-old agent, who traveled under the alias Sergei Vyacheslavovich Fedotov, had been "conclusively identified as an agent of Russian military intelligence," known as the GRU.

According to Bellingcat, Fedotov flew from Moscow to Burgas, a resort on Bulgaria's Black Sea coast, on April 24, 2015, just days before Gebrev collapsed at a reception on April 28, 2015, and fell into a coma with symptoms of severe poisoning.

Gebrev, a veteran of the Bulgarian arms industry, and his son survived, as did a company executive who was treated with similar symptoms.

Kristalina Georgieva: Bulgaria's Entry into the Eurozone, Planned for 2023, is "Entirely Foreseeable"

President Radev: Education, Child Health and Young Families Should be a Priority for Politicians