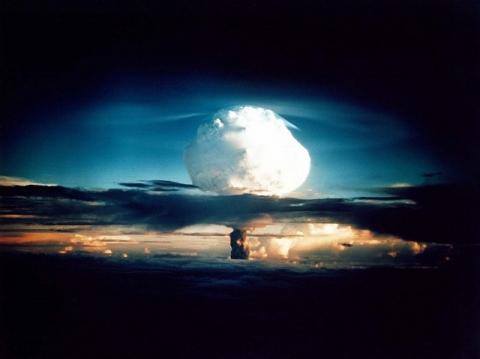 North Korea has continued to produce bomb fuel while in denuclearization talks with the United States and may have produced enough in the past year to add as many as seven nuclear weapons to its arsenal, according to a study released just weeks before a planned second summit between the North Korean leader and U.S. President Donald Trump, Reuters reported.

However, the country's freeze in nuclear and missile testing since 2017 mean that North Korea's weapons program probably poses less of a threat than it did at the end of that year, the report by Stanford University's Center for International Security and Cooperation found.

Siegfried Hecker, a former director of the U.S. Los Alamos weapons laboratory in New Mexico who is now at Stanford and was one of the report's authors, told Reuters analysis of satellite imagery showed North Korea's production of bomb fuel continued in 2018.

He said spent fuel generated from operation of the 5 megawatt reactor at its main nuclear plant at Yongbyon from 2016-18 appeared to have been reprocessed starting in May and would have produced an estimated 5-8 kg of weapons-grade plutonium.

This combined with production of perhaps 150 kg of highly enriched uranium may have allowed North Korea to increase the number of weapons in its arsenal by between five and seven, the Stanford report said.

Hecker's team had estimated the size of North Korea's arsenal in 2017 at 30, bringing a possible current total of 37 weapons. U.S. intelligence is not certain how many nuclear warheads North Korea has. Last year, the Defense Intelligence Agency was at the high end with an estimate of about 50 nuclear warheads, while analysts have given a range of 20-60.

The Stanford report said that while North Korea was likely to...