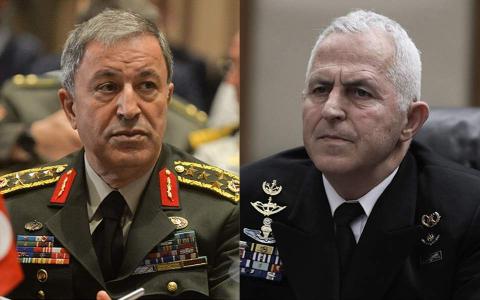 The defense ministers of Greece and Turkey meet Wednesday in the context of NATO's ministerial summit in Brussels tasked with finding practical ways to reduce tensions between the two neighbors.

Evangelos Apostolakis and his Turkish counterpart Hulusi Akar - both former chiefs of their countries' respective armed forces - are expected to explore ways of restoring previous confidence-building measures or adapting them to current circumstances.

They will discuss the exchange of high- and low-level military missions and the possibility of restoring a moratorium on flights in the Aegean during the summer and important holidays in each country.

The meeting of the two men, who reportedly enjoy a warm relationship, comes on the heels of last week's meeting in Turkey between Prime Minister Alexis Tsipras and Turkish President Recep Tayyip Erdogan.