No Halki seminary without minarets on Athens mosque, Erdogan says 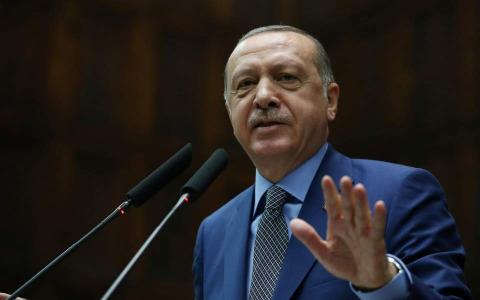 Turkish President Recep Tayyip Erdogan suggested over the weekend that a mosque in Athens should open with minarets if Greece wants to reopen the Halki Orthodox seminary near Istanbul.

During a trip to Turkey earlier this month, Greek Prime Minister Alexis Tsipras visited the shuttered seminary and called for a joint visit there with Erdogan next time to reopen it.

"Look you want something from us, you want the Halki seminary. And I tell you [Greece], come, let's open the Fethiye Mosque," Turkish news website Ahval quoted Erdogan as saying during a rally on Saturday in the northwestern province of Edirne ahead of local elections on March 31.

Halki seminary, which trained Orthodox clergy in Turkey until its closure in 1971, is broadly seen as a symbol of the rights of minority groups.

Ankara has previously noted that reopening the seminary is dependent on...