Woman from Varna Created a Board Game with Bulgarian Folk Motifs 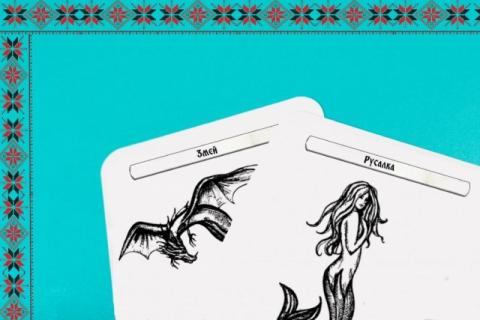 Young woman from Varna created a board game with Bulgarian folk motifs. Besides being fun, the game has an educational theme because it introduces the players with interesting facts about Bulgarian folklore.

The idea of ​​playing with motifs from mythical stories and folklore traditions comes to 26-year-old Nedelina Payaneva by participating in a competition for innovation. The young woman says she is a fan of board games, and the lack of a typical Bulgarian fun-educational game makes her develop her idea.

The different elements of the game, developed by Nedelina, include information about Bulgarian folklore and myths, presented with a fun and interactive approach. You will be able to play from 4 to 6 people who will not compete individually but in the name of a common cause. A dragon, a kuker, a samodiva, or a swamp creature will be the roles that players will be able to occupy.

Nedelina believes that only in a fun and interesting way can the ignite of the curiosity in the native traditions. She says the creating the board game project is a new and unconventional solution to the problem of Bulgarians moving away from their national traditions and customs.

It takes at least another year to complete the game and make it available on the market as a product of Nedelina. It may also be available in a virtual version. However, the game is still work in progress and has no name.