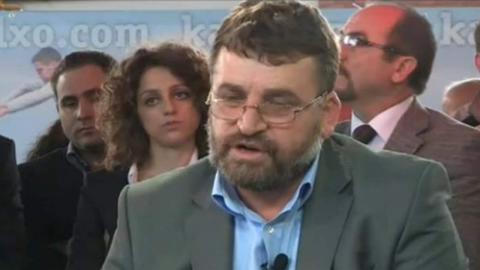 "Today I received the invitation letter and the order to appear before the high prosecutor of the Specialist Prosecutor's Office in The Hague, on March 12, 2019," Kuci wrote in a statement sent to local media on Thursday.

He added that he will "fulfil the obligation and will respond to this order".

Kuci said in the statement that he is convinced that the Hague court's attempt to equate Kosovo's war for freedom with the "macabre crimes" that Serbia committed in Kosovo "will also fail as all others have done so far".

Kuci was a KLA commander during the war in the Suhareka/Suva Reka area.

His name was mentioned during the war crimes trial of Fatmir Limaj, a former KLA commander turned politician, who was accused of the abuse and murder of prisoners held at a KLA detention facility at Klecka, near Suhareka/Suva Reka.

It was alleged during the trial that Limaj ordered Kuci to be killed.

Kuci was detained in April 2011 but released on probation after refusing to talk to the judges about the Limaj case. Limaj was found not guilty.

Kuci was Interior Minister in 2007 when he was part of the Democratic League of Kosovo, LDK party.

He was a senior LDK official until he resigned as the party's chief executive in 2009 over a leadership dispute.

He then joined Haradinaj's AAK party in 2010 to stand for mayor of Suhareka/Suva Reka, a post that he won.

The Hague-based Specialist Prosecutor's Office is tasked with investigating suspects for crimes committed during and just after the Kosovo war, from 1998 to 2000. The crimes are believed to include killings, abductions, illegal detentions and sexual violence.

The Kosovo Specialist Chambers will then try the indicted suspects, who are expected...