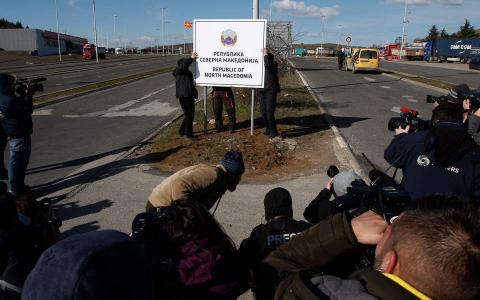 Public opinion in North Macedonia is divided over the Prespes agreement with Greece, according to a recent survey in the neighboring country.

More specifically, the poll, conducted on behalf of the Sitel TV channel, showed that 44.6 percent said they felt positively about the accord against 45.6 percent who said they had negative feelings about it.

However, a significant 59.5 percent said they believe the deal will have a positive impact on relations between the two countries.

Moreover, 57.7 percent expressed belief that both countries will implement the deal.

Around half (50.5 percent) of those surveyed said they thought the government in Skopje did a good job during the negotiations with Greece against 40.7 percent who said it didn't. Another 49.2 percent said they believe the name deal will make it easier to travel to Greece.