Bulgaria has Voted Against Kovesi as European Prosecutor 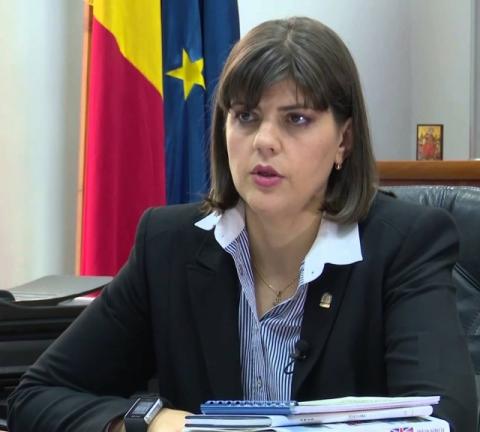 Bulgaria voted on Wednesday(20/02/2019) against the first European public prosecutor Laura Koveshi, a source close to the diplomatic circles in Brussels told the Sega newspaper.

At the meeting of EU ambassadors in the COREPER II Commission on Wednesday, the Bulgarian representative was firmly opposed to the Romanian candidate, who has shaken the political elite in her homeland through an uncompromising pursuit of high-level corruption.

The vote was secret, but internal sources have already revealed that the Frenchman Jean-Francois Bonser, who received 50 points, was ranked surprisingly first among the three finalists. The one who the expert jury positioned in first place of Laura Kovesi has gathered 29 points - just like the German candidate Andres Ritter. Romania has taken a powerful attack on discrediting its candidate.

Due to conflict of interest, she had to give up just for this procedure from her seat, although she was a temporary EU Council President in the first half of 2019.

Instead of her, Finland was the President of the meeting, who is the next EU rotating chairman on 1 July.

The intrigue around the election of a European Chief Prosecutor will become even more complicated if, after the hearing of the three candidates in the European Parliament on Tuesday, the MEPs sort them in a different way.

Then there will have to be negotiations between the Council of the EU and the European Parliament, which will be led by the Finnish presidency. The hearing will be before the Committee on Civil Liberties, Justice and Home Affairs (LIBE), and the members of the Committee on Budgetary Control will be able to ask questions.

Only MEPs from LIBE will have the right to vote. But this is not going to be the end of the...