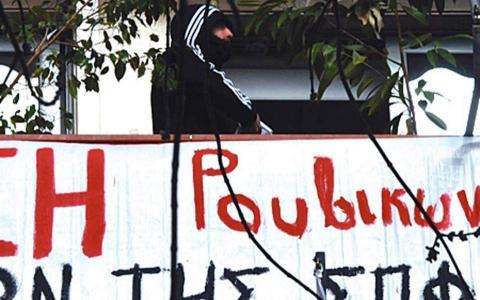 Members of the anti-establishment Rouvikonas (Greek for Rubicon) group on Wednesday barged into a doctor's office whom they accused of taking bribes of his patients.

A video posted on an anti-establishment website showed the self-styled anarchists breaking into the office of the doctor - who was not named - and threatening to throw him "out of the window" if he keeps demanding payoffs to do his job.

One of the members appears to be slapping the doctor in the face while others vandalize the office.

In a statement, Rouvikonas said that assaulting a doctor blackmailing his patients does not need to be justified. "The action speaks for itself," the group said.