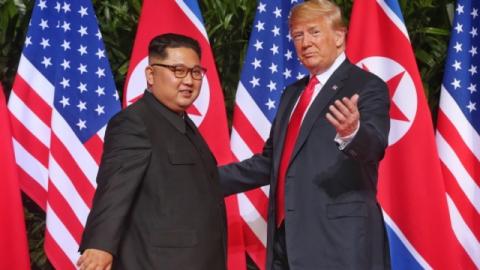 North Korea has an enormous economic potential if the leader of the country, Kim Jong-un, agrees Pyongyang to give up its nuclear weapons. A similar publication on Twitter came out yesterday by US President Donald Trump. In it, he adds that Vietnam can be an example the country should follow, CNBC wrote.

"The potential is incredible, a huge opportunity, like perhaps no other similar in history, to my friend Kim Jong-un." We will know very soon - very interesting! "States the head of state. Trump also commented that Kim and he "felt very good at holding such an important meeting in Vietnam because the Southeast Asian country is an example." Morgan Stanley experts estimate that if North Korea follows the steps of Vietnam with the opening of its economy, annual investment of $ 9 billion could be attracted. "The North Korean working-age population of 18 million will join Asian supply chains, with part payments going lower than in Vietnam," the bank said.