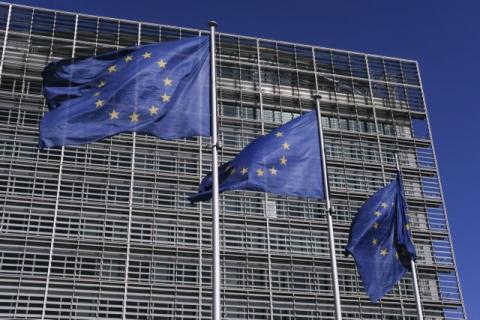 A European Commission report on the Greek economy released today calls for a swifter implementation of reforms and expresses concerns about the long-term impact on the budget of the government's minimum wage hike.

Reports were issued both in the context of the European Semesters review of all EU economies and also in the framework of the enhanced post-bailout surveillance of the Greek economy.

The report states that while progress was noted in Greece's implementation of its post-bailout commitments, there are commitments that have yet to be met, most notably in the banking sector.

As regards plans to resolve the looming, enormous problem of non-performing loans (NPLs), the report states that there are ongoing discussions on the new framework for the protection from foreclosure of debtors' primary residence. It indicates that none of the parameters that had been set for the new arrangement have been completely met.

The report also touches on the minimum wage hike and the VAT discount on certain Aegean islands burdened by the refugee crisis.

"While the legislated increase in the minimum wage as of February 2019 raises some concerns in terms of its broader impact on the economy, it is expected to have a short-term positive net fiscal impact in 2019. In contrast, the authorities extended the VAT discount on five Aegean islands hosting refugee centres, linking its future elimination to the easing of migration pressures. While the elimination of the discount was an ESM programme commitment, the fiscal cost of the extension is limited at just over EUR 50 million," It stated.

The report notes that there has been a reduction in the volume of NPL's but that progress...