Kotzias to meet with Dimitrov at Delphi 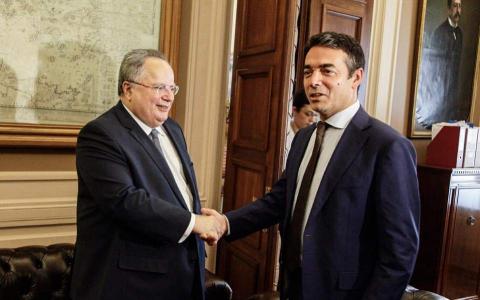 The two men, who were responsible for signing the historic Prespes agreement ending a decades-old name dispute between the two neighbors, will reportedly be meeting on the sidelines of the ongoing Delphi Economic Forum.

The focus of their meeting is expected to be the implementation of the agreement, which was signed last June and was ratified by Greece in January, and particularly some of the technical and practical problems that have arisen since.