MEP Eva Maydell: From 2021 we will Stop Moving the Clock 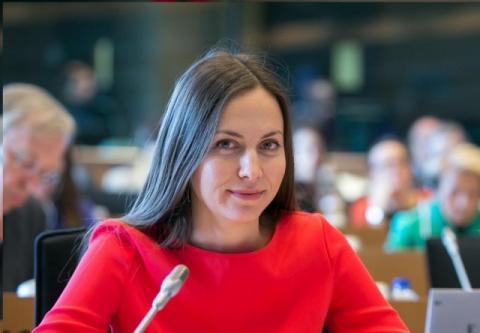 "The majority of Bulgarian and European citizens have clearly said that the change of time by one hour ahead and back has a negative impact on them, so MEPs have united behind the citizens and asked that this clock rotation should stop 2021. "This was stated by Eva Maydell on the occasion of the vote on the European Parliament's position on the subject.

"We want this step to be as safe as possible for both the citizens and the internal market in a harmonized way. In this regard, I am delighted that the Transport Committee has approved the establishment of a coordination mechanism for countries to synchronize the time. This mechanism was proposed by the Internal Market Committee, where I was rapporteur for the EPP Group, "Eva Maydell said.

EC directive came in response to a broad public consultation in which over 90% of citizens said "Stop" on moving the arrows. "Clearly, if arguments for the introduction of winter and summer time were mostly due to energy savings, today these savings are negligible, considering the technologies of all appliances to reduce energy consumption," added the Bulgarian MEP.