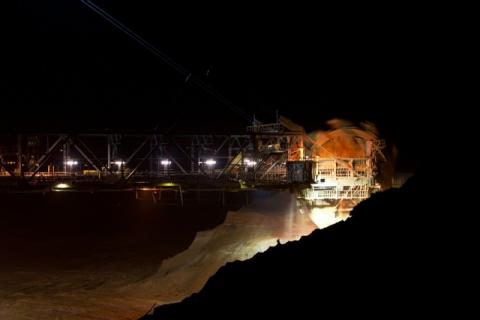 Co-owned by energy boss Hristo Kovachki, Coalition Bobov Dol, transferred the concession for the Bobov Dol section from Bobovdolski Coal Basin to another company, which is also likely to have a connection with Kovachki.

The government has approved the change in the meeting on Wednesday, and the rights and obligations of the 35-year concession contract are now transferred to the company "Grand Energy" EOOD.

According to the Commercial Register, the sole owner of the new concessioner is Alexander Spasov. By the summer of 2013, however, partners in the company with a capital of BGN 5,000 with equal shares were Svetlan Ubchev and Valentin Terziiski, former head of "Toplofikacia-Pleven", which is considered to be part of the Kovachki Empire , owned by various offshore companies. "Grand Energy" is engaged in the production of electricity and heat, transmission and distribution of heat and construction and repairs in the field of electric and heat generation. The company is registered in a building with the electricity distributor "Grand Energy Distribution", which is currently owned by Nadezhda Arsova, but by 2011 it was owned by Bobov Dol TPP, also associated with Kovachki. Arsova herself participates in a number of other companies in the energy sector, which are believed to be controlled by the controversial energy businessman.