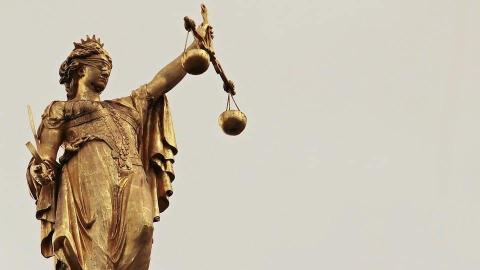 The vetting process is carried out by a bipartisan commission of lawyers elected by parliament, the Independent Qualification Commission, IQC.

After a thorough administrative review, the IQC rules on whether to confirm the subject of the review in office, or ban him or her from holding office in the justice system for 15 years.

Decisions of the IQC can be appealed before the College of Appeals, a special chamber of the Constitutional Court created as part of the justice reform. They can be either appealed by the subject in the case of a dismissal, or by the office of the Public Commissioner, another institution created to ensure that the public interest is safeguarded during the assessment.

The International Monitoring Mission, IMO, a body of experienced EU and US judges and prosecutors, funded by the European Union, monitors the whole process.

The IMO has unrestricted access during the vetting process in the IQC and to decisions taken by College of Appeals. It also issues recommendations for the Public Commissioner to appeal cases that it deems the IQC did not properly adjudicate.