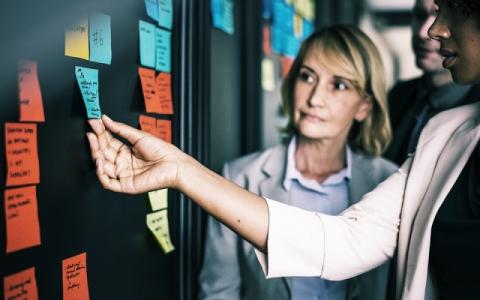 Nearly 9.4 million people in the EU are in leadership positions, with 6 million of them being men (64 percent of all managers) and 3.4 million women (36 percent), Eurostat said.

In 2018, a little over a quarter (27 percent) of the board members of EU listed companies and less than one-fifth (17 percent) of senior managers were women. In other words, although there are approximately half of all people employed in the EU, women are still under-represented among managers.

The information was published by Eurostat on International Women's Day.

Most women in leadership positions are in Latvia (56 percent), the only European country where female leadership is predominant. Bulgaria and Estonia are ranked second (49 per cent each), followed by Poland and Slovenia (47 per cent each), Hungary (43 per cent), Lithuania and Sweden (42 per cent each), Ireland (41 per cent) and Slovakia (40 percent).

On the contrary, women account for less than a third of managers in Luxembourg (15%), Cyprus (23%), Czech Republic, Denmark, Italy and the Netherlands (29% each), Germany (30%), Greece and Austria percent each).

At EU level, about one-third (36 percent) of managers are women. This share remains stable from 2012.