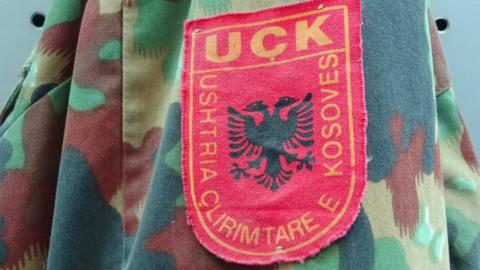 Shala told Pristina-based Klan Kosova TV that he has been invited as a witness and will travel to The Hague on April 17.

Asked why the prosecutors want to interview him, he responded: "I have no idea."

According to Klan Kosova, during the war Shala was a logistics officer in the KLA's branch in Germany, where ethnic Albanian volunteers were aided to go to Kosovo and fight against Serbian forces.

Shala said he received the invitation to be interviewed while he was in The Hague accompanying his friend Ismet Tara, who served during wartime as commander of the KLA's 124th Brigade, based in the town of Rahovec/Orahovac in western Kosovo.

Tara was invited for interview as a suspect by the Hague prosecutors.

After arriving in Pristina Airport on Wednesday on his way back from the interview, he said that is was "very easy to defend" the KLA's war against accusations of criminality.

Asked what the prosecutors questioned him about, Tara responded: "Everything, for 32 hours… everything."

Meanwhile another ex-KLA fighter, Bashkim Ndrecaj, who is now a municipal assembly member for the opposition Democratic League party of Kosovo in Suhareka/Suva Reka, said on Thursday that he has also been invited for interview by the Hague prosecutors.

"Today I received a summons to appear on May 21, 2019 at the Specialist Chambers in The Hague," Ndrecaj wrote on Facebook.

The Hague-based Kosovo Specialist Chambers are expected to try former KLA fighters indicted by the Specialist Prosecutor's Office for crimes including killings, abductions, illegal detentions and sexual violence. No indictments have been made public yet, however.