"Logical for future Belgrade-Pristina deal to go through UN" 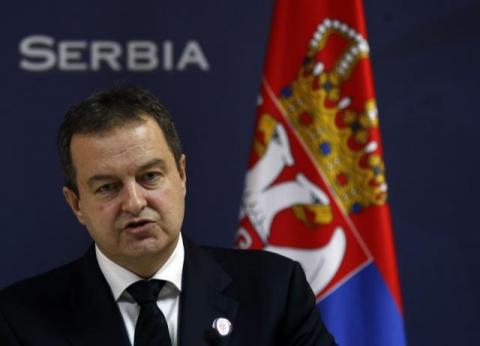 "That's a logical sequence of events. Everything we agree on must go through some foreign body in order to gain international legitimacy, in order to verify what we have agreed," the Serbian foreign minister and first deputy PM has told Happy TV.

Dacic was commenting on EU's foreign policy chief, Federica Mogherini, saying this week a future agreement between Serbs and Albanians would have to be accepted by the UN Security Council.
Dacic explained that this implies that "all members agree."
"It seems that America is interested in participating, but together with Russia. America always asks what Russia thinks, and vice versa. (US National Security Adviser John) Bolton asked me what Russia thinks, (Russian Foreign Minister Sergei) Lavrov told me that he later asked Putin in Moscow (the same)," Dacic explained.
The minister also claims that this "momentum" should be used, i.e., that this is an ideal moment for stabilizing the situation in the region.
Speaking about "America's mood," he said that the US "never participate in something they cannot not extract some plus from."
"On the other hand, everyone is in a hurry, nothing can be solved without America, and it currently has its internal problems," Dacic said, adding that the current administration is "more favorable for us - but we will hardly manage to solve the problem before the US elections."
According to the minister, Pristina will look for ways to react, to abolish the taxes (on products from central Serbia), without "losing face."
Dacic also commented on (Kosovo President) Hashim Thaci's recent statement - that delimitation could only happen "over his dead body" - to say, "Now it's getting ridiculous."
"He's first to be in favor of correcting borders,...

Erdoğan says he asked Putin to step aside in Syria