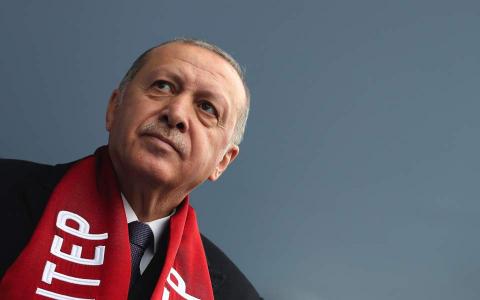 Remarks late Thursday by Turkish President Recep Tayyip Erdogan that his country will respond every time Greek fighter jets fly over the Aegean were described by the Greek Foreign Ministry as "completely unacceptable" and part of a deliberate effort by Ankara to stoke tensions.
Amid almost daily violations of Greek airspace by Turkish jets, Erdogan told Haberturk that Turkish jets are only responding to the activities of their Greek counterparts, who also do the same. "[The Greek jets] are not tourist airplanes," he said, adding that if "you take off, then mine will also do the same."
"When sometimes our planes take off in the Aegean, you see planes also taking off from Greece. But when Greece's planes take off, we launch ours," he said.
In response, Greece's Foreign Ministry issued a statement saying it was unacceptable to compare the violation of Greek airspace by...