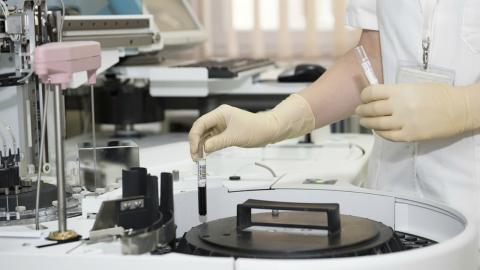 The furniture, which dates back to when the hospital was built in the 1970s, has also been replaced by citizens and associations. They have bought beds, mattresses, bedsheets, chairs, fridges, TVs, nightstands and cupboards for the patients' rooms.

The Little People Association installed air conditioning in the rooms. It also furnished the playroom and hired a young woman to come to the hospital each day and engage the children in fun activities. A company in Craiova pays the monthly fee for the water filter. Volunteers have painted the walls in the patients' rooms.

The Health Ministry stepped in - briefly:

In July 2017, I first wrote on Facebook about the chemotherapy drugs unavailable in my mother's section and about three children with leukaemia who were facing death because they couldn't get their medication. The post turned viral and made the news.

Dozens of people wrote to me to ask how they could help; many wanted to donate for the missing chemotherapy medicine, but such good deeds are not easily done - chemotherapy drugs are not aspirin, you can't buy them in pharmacies.

With the image of the Ministry of Health in crisis, the State Secretary of the Minister, Cristian Grasu, came to Craiova to meet my mother, the hospital manager and the director of the Public Health Direction. After the meeting, the chemotherapy drugs my mother needed suddenly appeared.

The problem was only partly solved, however, and for a few months. Then the medicines ran out and the crisis returned. More children with cancer and leukaemia were admitted to the Paediatric Oncology section, and its pharmacy still lacks several types of chemotherapy medication.

Doctors are told to keep their...