The Bulgarian Economy - 67% of Services, 28% of Industry and 5% of Agriculture 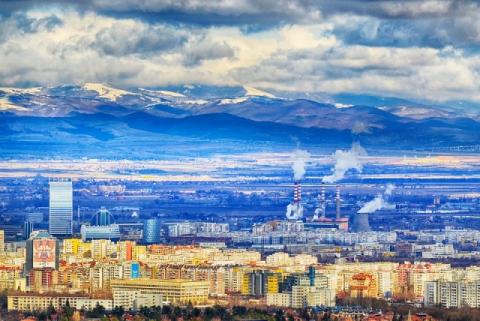 These data give us the opportunity to orient ourselves in the economic processes at the regional level, even though they are a year back. Traditionally, news about regional GDP focuses on differences between areas. And in 2017, for example, Sofia is far ahead with GDP per capita at the rate of 30 295 levs, and lastly Silistra is only 6 687 levs. Very rarely, however, it is included in the details of the branch structure of the regional economies. That is what we will do here by focusing on gross value added (GVA) by sectoral economic sectors.

The overall structure of the country's economy is clear - 67% are services, 28% are industry and only 5% are agriculture. These ratios are quite persistent. Over the last 5 years (2013-2017), industry added a total of just one percentage point to its account, which came equally from a slight decline both in services and in agriculture.

What, however, is the profile of the different areas and which are the industrial and agricultural regions in the country? To highlight them, we will use the share of key industries in value added at regional level. Separately, we will look at the added value per sectors  for the specific areas - the latter shows whether this sector is really strong or simply has a high share due to the poor development of the other major spheres of economic life. It is important to clarify once again that we are weighing the data against the population of the districts.

What is the sectoral profile of the districts in the country:

The data for the industrial areas in the country are quite...