Erdogan lashes out at the West 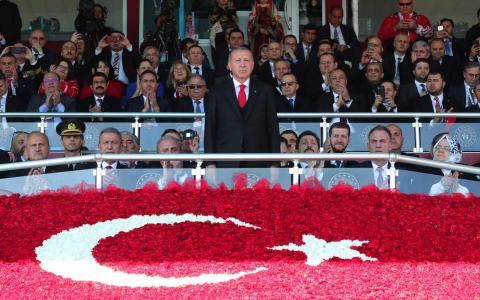 In a series of nationalist rants in recent days, Turkish President Recep Tayyip Erdogan has accused the West of plotting against his country and sought to present the deadly attacks against two mosques in New Zealand last week as part of a wider international conspiracy against Muslims and his country.

He also claimed the West and Greece are trying to deprive Turkey of its energy rights in the Eastern Mediterranean and Cyprus and to exclude it from the Aegean.

Referring to the attacks in New Zealand by 28-year-old Australian Brenton Tarrant, Erdogan said, "They are testing us from 16,500 kilometers away, from New Zealand, with the messages they are giving from there."

"This isn't an individual act, this is organized," he said at one of many rallies at the weekend ahead of local elections on March 31.

"All Muslims, our country, our nation and myself are...