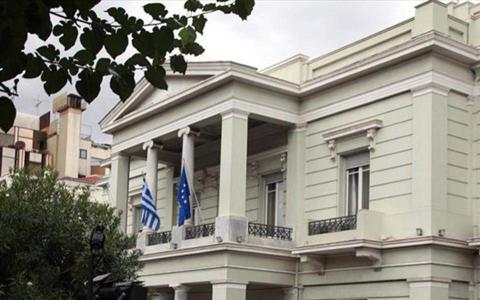 In the wake of recent incendiary rhetoric emanating from Ankara, in particular from President Recep Tayyip Erdogan, Athens insisted on Tuesday that it is determined to de-escalate tensions and pursue good-neighborly relations.

These intentions were articulated in remarks by Foreign Minister Giorgos Katrougalos and Defense Minister Evangelos Apostolakis.

"Our aim is not to escalate tension but to de-escalate it," Katrougalos said on Tuesday, while Apostolakis noted that that if the statements that are made daily were taken stock of, "we would achieve nothing."

"We are determined to reduce tensions," Apostolakis added.

The two ministers made their comments after the Turkish Foreign Ministry denounced a Greek Foreign Ministry statement on Monday - that berated incendiary comments by Erdogan during a rally in Izmir at the weekend - as "incompatible with good...