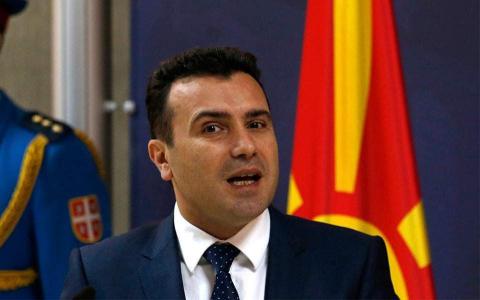 Amid reactions in Greece over frequent references made in North Macedonia to a Macedonian language, the neighboring country's Prime Minister Zoran Zaev said on Wednesday that the name of the language was accepted in the Prespes agreement, which was ratified this year by the two parliaments.

In an interview with the Macedonian Information Agency (MIA), Zaev said the Macedonian language is also spoken by the country's diaspora and that Greece should comment if that is the case within its own territory.

The deal, he said, clarifies that Macedonian belongs to the Slavic group of languages and has nothing to do with Greek heritage.

Opponents of the deal in Greece say that the clause on the language in the Prespes agreement signed between Athens and Skopje could encourage minority claims in the future.