Bulgarian Tourism Minister: We are Expecting Important Guests in Sunny Beach on May 31st 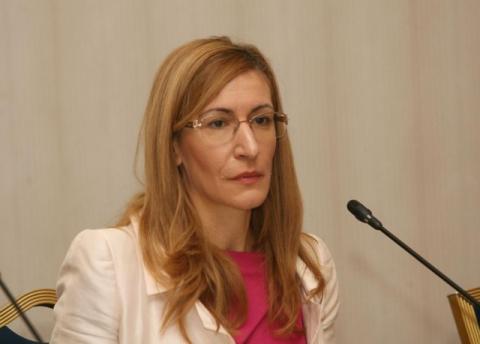 The Ministry of Tourism prepares a large investment forum in Sunny Beach on 31 May. This was revealed in Burgas at a meeting with the tourism industry, the Minister of Tourism Nikolina Angelkova. According to her, the event will bring together representatives of the largest hotel chains in the world, investment fund and politicians.

"It is important for us not only to develop the cultural and historical tourism in Bulgaria but also the congress.This will allow us to expand the wings of the summer tourist season. The meeting, which we organize in the Sunny Beach Resort will be fully focused on investment in tourism, and it will coincide with the 60th anniversary of our biggest tourist complex on the Black Sea coast, "said Minister Angelkova.

On the forecast for summer 2019, she commented that it was too early for that. There is some idea how it would look like but only on the basis of the early bookings, which is unlikely to be correct, the Minister of Tourism said. "The bankruptcy of Air Germany and the subsequent bankruptcy of another small Polish company will have an impact on tourism in Bulgaria. We are trying to attract tour operators and we hope we will be able to get closer to the levels of last year," Angelkova explained.

Since the beginning of this year, the Ministry of Tourism registered a slight decrease in the number of foreign tourists - by about 3.5%. At the same time, however, there is an increase in overnight stays, which, according to Angelkova, means that foreigners stay in Bulgaria for a longer period of time.