Greens end up sixth in Euroleague, as Reds crash out 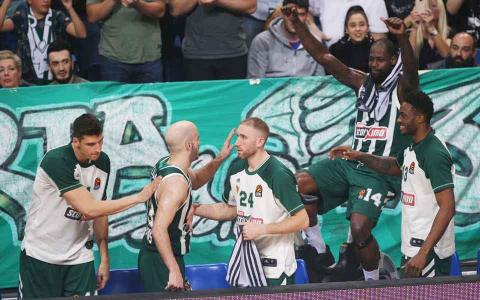 Panathinaikos will be the only Greek representative in the Euroleague play-offs after it defeated Buducnost on Thursday to set up a clash with Real Madrid, while Olympiakos crashed out before even getting to play its last game on Friday.

The Zalgiris Kaunas 93-86 victory at Real Madrid on Thursday meant that Olympiakos will not make the top eight of the table at the end of the regular season on Friday even if it beats Darussafaka in Piraeus.

The Greens, on the other hand, rallied to an amazing 8-2 record in the last third of the regular season and unexpectedly climbed up to sixth on the table even though two months earlier they languished between the 11th and 12th place.

Confirmation of their advance to the play-offs came on Thursday at the Olympic Sports Center with an emphatic 87-67 win over Buducnost that will be remembered for the triple double figure by...