Work permit procedure for foreigners to be simplified 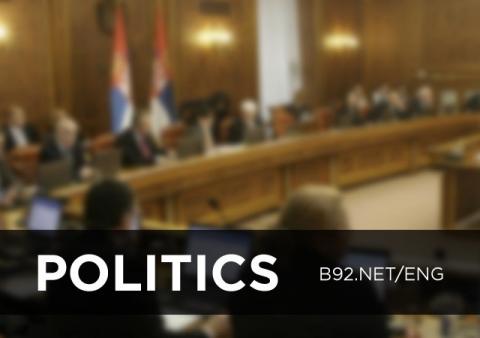 The proposed amendments will simplify the procedure of issuing work permits to foreigners, with the aim of creating a more favorable business environment and further attracting foreign investments as one of the priorities of the government.

By introducing the possibility of issuing a work permit to a foreigner based on an approved visa for longer residence based on employment, the conditions for more efficient work of the National Employment Service are created, the final effect of which is the acceleration of the procedure for obtaining a work permit and the possibility for foreign nationals to start with business activities, the government announced.
At the session, the decision was made to establish the Academy of Education and Medical Vocational Studies.
Athlete Damir Mikec was awarded a cash prize of EUR 15,000 in dinar counter value for the silver medal at the European Championships in Olympic sports discipline shooting, which was held in Osijek in March this year.
The same amount was awarded to his coach Goran Mikec for winning the silver medal at this competition.
For the bronze medal won at the European Championship in Olympic sports discipline athletics, held in Osijek, athlete Zorana Arunovic and her coach Goran Mikec were awarded a cash prize of EUR 10.000 each in dinar counter value.
Government members adopted today the National Program for the Suppression of the Gray Economy with the Action Plan for its implementation for the period 2019-2020.
Adoption of the revised text of the National Program is necessary in order to apply the activities and measures to combat the gray economy as soon as possible, in order to preserve fiscal stability and improve business environment.
At today's session, the Action...