Serbians in Libya "safe - and used to this kind of thing" 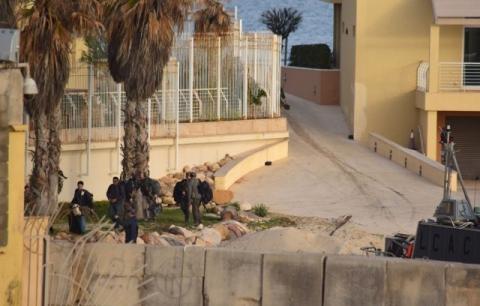 "People are staying in their homes, they're not going out in the street. The situation, however, is such that it could always escalate," Gajic told the Belgrade daily Vecernje Novosti.
According to him, as far as Serbians are concerned, "everything's alright."
"There have been no calls for help (received by the embassy). A lot of people already left. Mostly our medical workers and people who have lived here a long time remain," Gajic said, adding that they are "used to this kind of situation, because it happens often."
Clashes have been ongoing in the north African country between government forces and troops led by Khalifa Haftar, Tanjug is reporting.

There is no longer any treatment at home; all those infected must go to hospitals

Nurses, anesthetists and surgeons are among most infected at the Dedinje Institute

Johnson is not on a respirator, still in intensive care

Krusevac - a new hotspot of coronavirus in Serbia