Modest 1.55% Growth in Tourists is Expected in Burgas Region 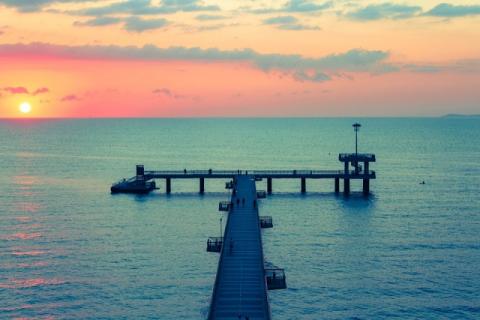 According to preliminary data, a modest growth of 1.55% is expected in the number of tourists in this part of the country, Ivan Ivanov, President of the Regional Tourism Chamber in Burgas, told Focus Radio. The forecast is based on planned flights, according to data at the end of March. Despite the increase in tourists from Austria (25%), Estonia (46%), the Czech Republic (21%), Ireland (40%), Israel (11%), Poland (13%), England (14%), and a strong increase in those from Ukraine (72%), there is a significant decrease in other markets such as Germany, France, Italy, Kuwait, Latvia, Lithuania, Sweden, Switzerland and Turkey, Ivanov said. He attributed the modest growth to several reasons. "Firstly, our tourism sector and the ministry came to believe that the growth and demand of the Bulgarian tourist product would be eternal, but apparently they were wrong. Secondly, the present geopolitical environment has calmed down. Third, the advertising by Turkey, Egypt, Tunisia, Morocco, Malta, Cyprus and Greece is very aggressive," he explained. Another major reason is the visa-free regime offered by Turkey and Egypt for April-October. "Airport charges fell down, the kerosene price fell. The aggressive advertising and the measures taken by Turkey have redirected the tourist flow to this destination," Ivanov added.