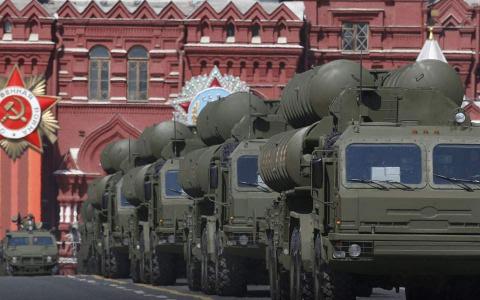 The leaders of the US Senate Foreign Relations and Armed Services Committees warned Turkey on Tuesday that it risked tough sanctions if it pursued plans to purchase Russian S-400 missile defense systems, and they threatened further legislative action.
"By the end of the year, Turkey will have either F-35 advanced fighter aircraft on its soil or a Russian S-400 surface-to-air missile defense system. It will not have both," Republican Senators Jim Risch and Jim Inhofe and Democratic Senators Bob Menendez and Jack Reed said in a New York Times opinion column.
Risch is chairman of Foreign Relations and Menendez is ranking Democrat. Inhofe chairs Armed Services, where Reed is ranking Democrat.
As committee leaders, the senators have powers such as placing "holds" on major foreign weapons sales and major roles in writing legislation, which could include punishing Turkey if...