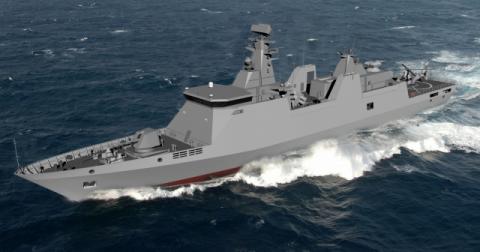 Navy chief Rear Admiral Mitko Petev told the state-run broadcaster Bulgarian National Radio that the three companies have signaled they aim to file bids by the April 16 deadline. Under the plan, the contract is to be signed by the end of this year, according to the commander.

In late 2017, Bulgaria's government canceled its draft decision to order two patrol vessels after the only bidder, MTG Dolphin, withdrew from the negotiations on the deal. Following legislative changes that imposed a value-added tax on military procurements, the 820 million leva the government had allocated to acquire the vessels was to be reduced by a tax of about 164 million leva, decreasing the project's economic feasibility for the shipbuilder.

Bulgaria is pursuing plans to boost its Navy's operational capacities and acquire new vessels in response to the rising concern over Russian military activities in the Black Sea region, initiated by Moscow's annexation of the Ukrainian Crimean peninsula in 2014. Russia's invasion of Ukraine has also stimulated naval modernization programs in a number of other countries in the region, including Poland and Romania.