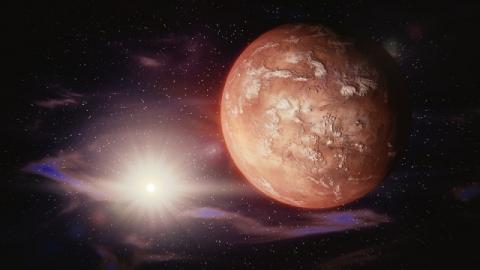 Eastern Europe's cosmonauts say their international crew's spaceflights in the 1970s and 1980s shows how Russia and the United States should cooperate in exploring space today. The Cold War rivals fought a space race, with the then Soviet Unionclocking up milestones such as sending the first animal, man and then woman into space, and the United States putting the first.manon the Moon. But by 1975, they were working together on a mission known as the Apollo-Soyuz Test Project, accomplishing the first joint space docking between two nations, writes Devdiscourse.

Today, space remains an area of cooperation between the United States and Russia at a time of fraught relations. NASA has been relying on Russian rockets to ferry astronauts to the International Space station since the United States retired its Space Shuttle programme in 2011.

Bulgarian Aleksandar Aleksandrov celebrated the role of cosmonauts from Soviet satellite states in that cooperation and hoped similar joint ventures - including perhaps with big space investors China and India - could herald new discoveries in the future. "We were the first who broke the ice in this confrontation," Aleksandrov, who became the second Bulgarian to have flown to space in 1988.

"Cooperation will be even greater in the future," Aleksandrov, 67, said, adding that no single country be able to explore Moon, Mars or any other planet. "Unification gives strength. Aleksandrov and cosmonauts from Russia, Czech Republic, Slovakia, Poland and Hungary gathered in Sofia on Wednesday to mark the 40th anniversary of the first.space flight of by a Bulgarian astronaut - Georgi Ivanov in 1979. His mission to the Salyut 6 station lasted less than two days as the crew had to return to Earth before docking due to the...