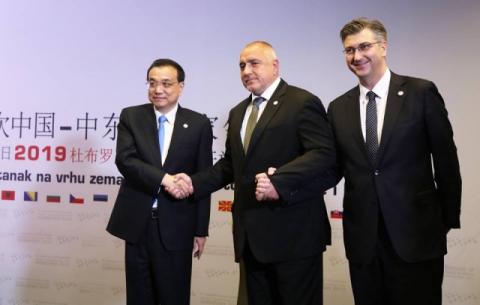 Prime Ministers of 16 Central and Eastern European countries and China met in Croatian city of Dubrovnik. At noon the Plenary Session of the Eighth Meeting began in 16 + 1 format. Bulgarian Prime Minister Boyko Borissov will sign an agreement on the opening of a Global Center for Cooperation with China in Bulgaria.

Six agreements will be signed between China and the countries of the region: tourism, transport, construction and renewable energy.

Bulgaria is represented by Prime Minister Boyko Borissov, who will sign a contract for the opening of the EU-China Global Cooperation Center. The center will be positioned in Sofia and its creation was agreed last year at the forum in Sofia.

Bulgaria and China are expected to sign a contract for the construction of a logistics center near Varna, from where the Chinese goods will be reallocated to Europe, and vice versa. An agreement will be signed to increase the export of Bulgarian agricultural produce.

Host of the meeting is Croatian Prime Minister Andrej Plenkovic, guest - Chinese Prime Minister Li Kucian. China has been expanding its economic expansion more dynamically in the region, with only over EUR 12 billion invested in the Central and Eastern European countries for only 10 years, and 6 billion in the Western Balkan countries. Most Chinese investments are in Serbia, Bosnia and Herzegovina and Montenegro.

In parallel with the Plenary Session of the Premiere of the 16 Countries, a European-Chinese...