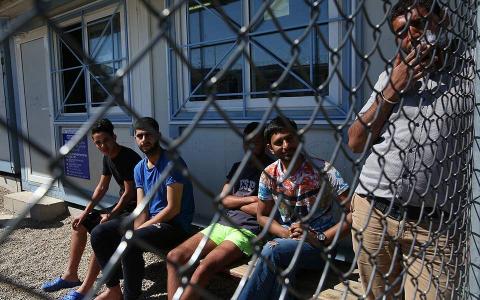 More than a year after the then minister of migration policy Yiannis Mouzalas and Education Minister Costas Gavroglou heralded a program to teach Greek to adult refugees, courses have yet to start.

According to statements made in January 2018, a total of 5,000 people aged 16 up would be taught Greek through fast-track language courses, as well as the Principles of European Culture, so as "to ensure their better adjustment to Greek reality and European issues."
The program was supposed to be implemented by the International Organization for Migration (IOM), but was later passed onto the Education Ministry following demands from within the government that the initiative remain in the state's hands, sources said. It has since stalled.
The biggest difficulty, reportedly, has been dealing with local reactions to such schemes. Instead, refugees are relying on NGOs that...