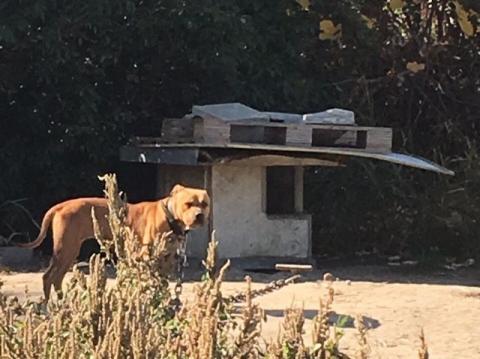 Acting on information received about organised dog fights involving pit bulls, on 14 April, officers from the Sofia and Samokov police departments conducted an operation in a wooded area near Lake Iskar, in Pancharevo, said the Sofia Directorate of the Ministry of the Interior. In an abandoned building, part of a former youth camp, the officers found two wooden fighting rings, with numerous cars with registration plates from across the country parked around. As a result of the immediate police actions, a total of 58 people, residents of different towns, were detained. All of them were convoyed to the Samokov Police Department. In some of the vehicles of the suspects the law enforcers found a total of nine pitbull-type dogs which were handed over to the officials of the Sofia municipal animal rescue organisation. The police examined the scene. Pre-trial proceedings for a crime under Art. 325A, paragraph 1 of the Criminal Code, were initiated and the investigation will continue under the supervision of the Samokov Regional Prosecutor's Office.