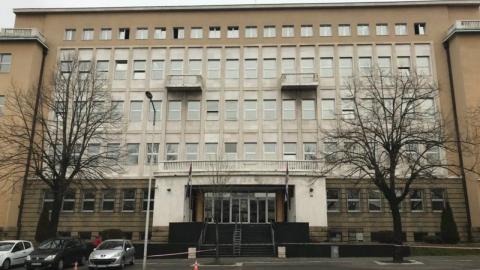 Belgrade Higher Court on Tuesday sentenced former Yugoslav Army officer Rajko Kozlina to 15 years in prison for the murders of Kosovo Albanian civilians in the village of Trnje/Terrne on March 25, 1999, while acquitting his superior, Pavle Gavrilovic.

Judge Mirjana Ilic said at the sentencing that Kozlina led his unit into the village, where at least 31 Albanian civilians were killed, but added that it was not proven that Gavrilovic issued an order that "there should be no survivors".

"The court finds that [the charges against Gavrilovic] are not backed by evidence," Ilic said while reading out the verdict.

The trial chamber ruled that the order to leave no survivors "could not have been issued" and acquitted Gavrilovic, then battalion commander in the 549th Motorised Brigade of the Yugoslav Army.

Kozlina was sentenced for shooting civilians Maliq Voci and Nexhat Bytyqi, who survived, and of ordering his soldiers to fire on other civilians in the village, causing the deaths of 15 people.

The first-instance verdict can be appealed.

Among the victims in Trnje/Terrne were elderly people and a four-year-old boy.

The indictment had alleged that Gavrilovic, a commander of a unit in the Yugoslav Army's 549th Brigade, ordered the attack.

He was alleged to have split his men up into three groups, with co-defendant Kozlina in one of them, and ordered them to enter the village and ethnically cleanse the area.