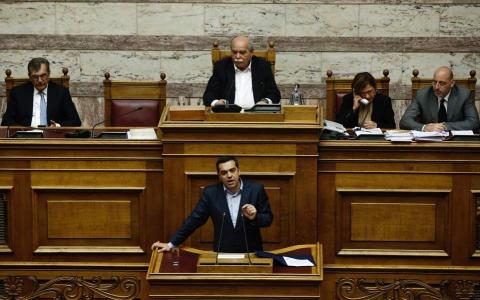 Greek MPs late Wednesday approved a proposal by a parliamentary committee for Greece to formally seek reparations from Germany for war crimes even as Berlin rejected the demands, claiming that there was no basis for reparations.
The proposal calls on the government to take "all appropriate diplomatic and legal action to demand and fully satisfy all claims of the Greek state."

It was approved by the majority of the MPs present at the debate, although a large number was absent. The neo-Nazi Golden Dawn voted it down.
Communist Party rapporteur Thanassis Pafilis said the party had its own proposal which called on the Greek government to "immediately, directly and without delay" submit to Germany and any competent international organization a demand for compensation and reparations.

Before the vote, Prime Minister Alexis Tsipras declared that Greece will send a...