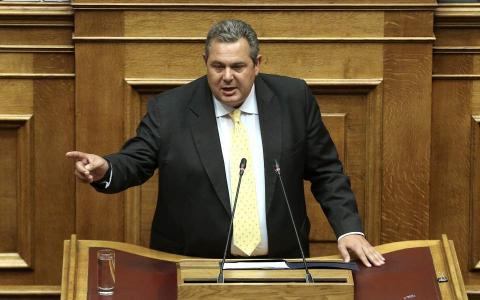 Greece has the right to call off the name agreement signed with North Macedonia as the Balkan country has repeatedly violated the terms of the deal, former defense minister Panos Kammenos has said, while defending the record of his Independent Greeks (ANEL) party.
The populist right-wing party quit the leftist-led coalition in January in protest at the so-called Prespes accord.
In an interview with Antenna TV ahead of national elections later this year, Kammenos said ANEL would "once more play a key role" in domestic political developments.
He also called for a national unity government that would exclude "extremist figures" from SYRIZA and New Democracy.
"We ask for the vote of the Greek people so that we have the power to defend [our principles] on matters pertaining to national issues, Orthodox religion and international affairs," Kammenos said, adding that...

It's officially confirmed: Serbian tourists can go to Greece