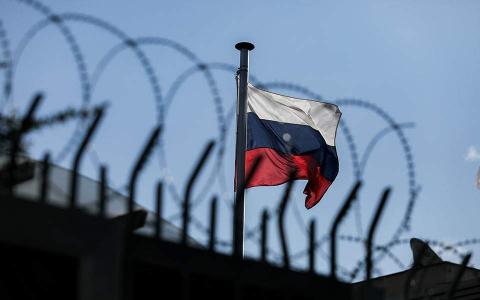 A self-proclaimed anarchist group calling itself "Collusion for Revenge FAI/IFR Mikhail Zhlobitsky Cell" has claimed responsibility for an explosion caused by a hand grenade thrown outside the Russian Consulate in Athens on March 22.
Members of the group threw a hand grenade at the fence beside the consulate's security guard post, causing minor damage but no injuries.
In a statement posted on an anti-establishment website, the group criticized Russia's "state authoritarianism," "nationalism and chauvinism," which it said was exemplified by its domestic and foreign policy, and expressed solidarity with a number of detained anarchists.
FAI/IFR has previously claimed responsibility for a gas canister attack at a post office in the city of Patra on February 2018.