Ankara putting the squeeze on Skopje 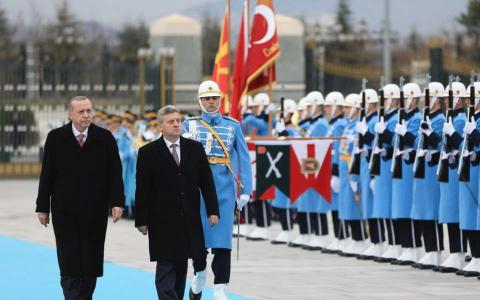 Turkey is reportedly threatening to delay the ratification of North Macedonia's NATO accession protocol if the Balkan country does not extradite 15 Turkish nationals Ankara accuses of taking part in a failed coup in 2016.
According to a report on the Balkan Insight website, Ankara insists that the 15 Turkish nationals are members of a network run by self-exiled cleric Fethullah Gulen, who it says masterminded the coup attempt.
Following the signing of the Prespes agreement with Greece in June last year, NATO member-states' permanent representatives signed a protocol on the accession of North Macedonia to the alliance in February this year.
But Ankara's threat could now stall North Macedonia's bid to join the North Atlantic alliance.
The issue was also raised by Turkish Defense Minister Hulusi Akar during his visit to Skopje on April 3.
During a recent visit...