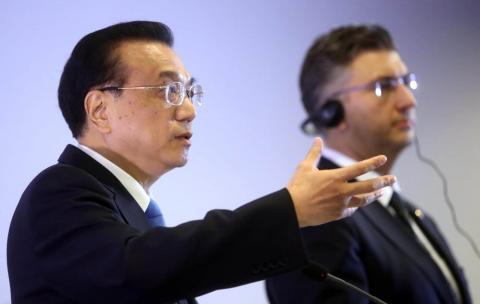 Darko Horvat, the Croatian Economy, Entrepreneurship and Crafts Minister, said on Thursday that a delegation from "the world's largest shipbuilding industry" will visit the Uljanik and Treci Maj shipyards in Pula and Rijeka.

"On May 1, regardless of the holiday, [together with the Chinese delegation] we will visit the shipyards in Pula and Rijeka, and the day after that, we will hold a final and concluding meeting with them, without prejudging their decision," Horvat said.

"I have one fresh news and exclusive piece of news for you. Chinese friends just told us that China Shipbuilding Industry Corporation's president, the man contacted by [Chinese] Prime Minister Li Keqiang… will also visit Pula and Rijeka and see what can be done in their eventual engagement or co-operation," Plenkovic told HRT on Wednesday.

He added that the Chinese delegation will continue talks on Croatian shipbuilding held last week when Croatia hosted the 16 + 1 summit, a Chinese initiative to strengthen business ties between China and 16 countries from Central and Eastern Europe.

The Croatian government has delayed reaching a decision on the future of the heavily indebted Uljanik and Treci Maj shipyard for weeks, hesitating between the options of restructuring or declaring bankruptcy.

The Uljanik company owns both the shipyard of the same name in Pula and Treci Maj, in Rijeka. An intense struggle for the survival of the heavily indebted company started last year.

In January 2018, the state loaned the firm 96 million euros, but subsequent...