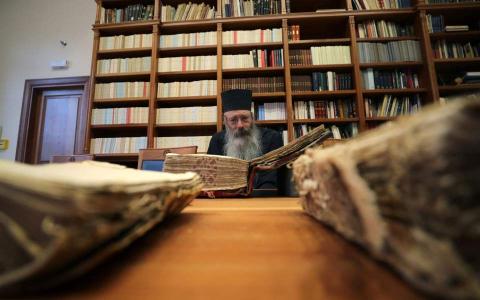 At St. Catherine's Monastery at the foot of Egypt's Mount Sinai, the silence in the library is broken only by low electrical humming, as an early manuscript is bathed in green light.

A team from Greece are photographing thousands of fragile manuscripts, including some of the earliest copies of the Christian gospels, using a complex process that includes taking images in red, green and blue light and merging them with computer software to create a single high-quality color picture.

There is a tangible sense of urgency to the mission.

Although the monastery has survived centuries of warfare, it lies in a region where Islamist militants have destroyed countless cultural artifacts and documents in Syria and Iraq. Egypt's Christian churches have also been targeted by an Islamist insurgency in the rugged and thinly populated northern Sinai.