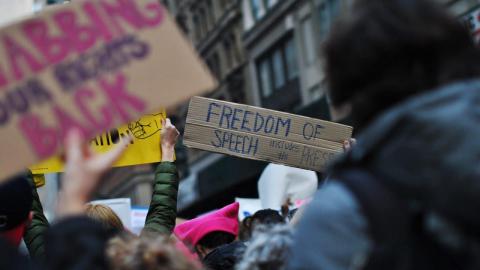 The latest report by Reporters Without Borders published on Thursday noted significant declines over the past year in levels of press freedom in Serbia, Albania and Moldova while the situation was improving in North Macedonia, Croatia and Kosovo.

The report said that in Serbia, "the number of attacks on media is on the rise, including death threats, and inflammatory rhetoric targeting journalists is increasingly coming from the governing officials".

It added: "Within five years of President Aleksandar Vucic in effect governing the country, Serbia has become a place where practicing journalism is neither safe nor supported by the state".

It noted that many attacks on journalists' integrity are not investigated, solved, or punished, while aggressive smear campaigns that pro-government media orchestrate against investigative reporters are in full swing.

In Moldova, the report said the media remains diverse but "extremely polarised, like the country itself, which is characterised by chronic instability and the excessive influence of its oligarchs".

The report warned that media independence and quality and the concentration of ownership are major challenges in Moldova.

In Albania, the report said that attacks on the media from both the government and from organised crime "reached an unprecedented level in 2018".

It added: "Journalists were subjected to insults, death threats and legal proceedings designed to intimidate and deter them from investigating corruption".

It noted that top...