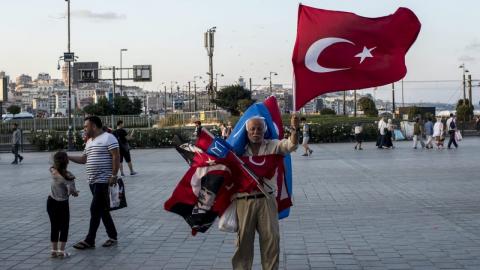 The Foreign Ministry in Montenegro has tried to ease concerns expressed about the expatriate cards it is offering its large diaspora community after some ethnic Bosniaks from Montenegro now living in Turkey expressed fears that it was designed to undermine their ethnic identity.

The ministry said the cards were designed only to improve cooperation between the diaspora and their "native land", regardless of ethnicity.

The government started last year to issue the expatriate cards to people whose ancestors left the tiny Adriatic country long ago. A few hundred people in Turkey have obtained them.

The initiative has worried some Bosniaks in Turkey whose ancestors left today's Montenegro because of political turmoil and wars in the 19th and 20th centuries. Some suspect the initiative is a trap to undermine their identity and turn them into Montenegrins.

"The reason for issuing this card lies, above all, in the interest of expatriates in such a document, which confirms that they originate from Montenegro and satisfies their emotional need for some kind of connection with their native land," the Foreign Ministry told BIRN in a written statement.

Bosniak diaspora NGOs, leaders and media in Turkey claim that they have to be registered as Montenegrins in order to get the cards, and so risk losing their identity and their potential rights in Montenegro.

The Bosnak Dunyasi [Bosniak World] diaspora newspaper in Istanbul called the policy a great game played at the expense of Turkish Bosniaks.

In response, the diaspora department in the ministry told BIRN that its activities focused on cooperation with diaspora expatriates, regardless of ethnicity.<...