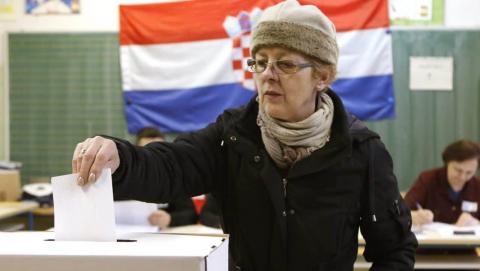 Thirty-three parties and coalitions are fielding lists in the European Parliamentary elections to be held in Croatia at the end of May. A total of twelve MPs will be elected and pundits expect only five parties or coalitions to cross the electoral threshold.

It is clear that most of the thirty-three parties and coalitions have little or no chance to win a seat in the European Parliament. They are most likely well aware of this, but not deterred. In reality, the European Parliamentary elections offer a good opportunity for self-promotion ahead of much more important Presidential and Parliamentary contests in Croatia, expected at the end of this year and next year. We look at those competing for the attention of Croatian voters.

In the collective memory of Western Europe, World War One is mostly a story of trench warfare, stalemate and pointless killing. In the much of the Balkans, the Great War is overshadowed by more recent wars or the brutality of the Second World War. To the extent that historians have dealt with it, they have mostly looked at its diplomatic, military and political aspects and legacies.

Yet a new book by Milovan Pisarri looks at on very neglected story - this history of...