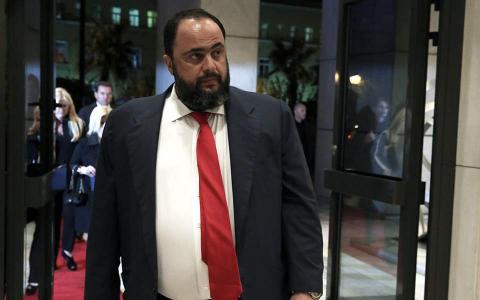 Greek shipping magnate Vangelis Marinakis claimed in a radio interview on Thursday that Prime Minister Alexis Tsipras and Digital Policy Minister Nikos Pappas had asked him to pay the first instalment of a TV license fee on behalf of another businessman who was reportedly on good terms with the government.
Marinakis, who owns Nottingham Forest FC and Greek club Olympiakos, had won one of the four TV licenses that were auctioned off in 2016 for his new broadcaster Alter Ego.
The businessman told Real FM that he was asked by Pappas to pay 26.3 million euros, in the form of a loan, to Christos Kalogritsas, whose son Yiannis had also won one of the TV licenses in the first round of the auction. The money was to go towards the first instalment of the licence fee.
Marinakis said he met with Kalogritsas and explained to him that he couldn't give him the loan.
Yiannis...