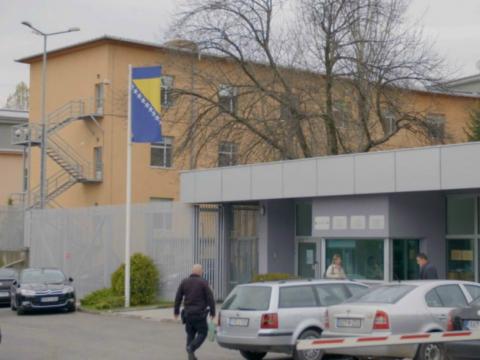 The first prosecution witness told the Bosnian state court on the opening day of the trial of eight former Bosnian Army soldiers on Friday that he saw the corpses of the victims at a secondary school gym in Krizancevo Selo, near Vitez, on December 22, 1993.

"The bodies were in plastic bags… They looked even worse, they were in very bad condition. The doctor could not complete the identification. Two women, namely Kata Alilovic and Matilda Pranjkovic, were among those killed in the attack," said Anto Bertovic, who was the commander of the First Battalion of the Croatian Defence Council's Vitez Brigade at the time.

Bertovic said that he was at his command post at the beginning of the attack in Krizancevo Selo that day.

"I received the first information through communication channels and from people who were wounded or returning from that place terrified," he told the court.

He added that, according to the information about losses which was available to the First Battalion, there were 34 victims, while around 30 people were taken away, captured or surrendered.

Ibrahim Puric, Ibrahim Tarahija, Nijaz Sivro, Rusit Nurkovic, Almir Sarajlic, Sadik and Sacir Omanovic and Kasim Kavazovic are accused of the murders of at least 12 members of the Croatian Defence Council who had previously surrendered, as well as two Croat women in Krizancevo Selo on December 22, 1993.