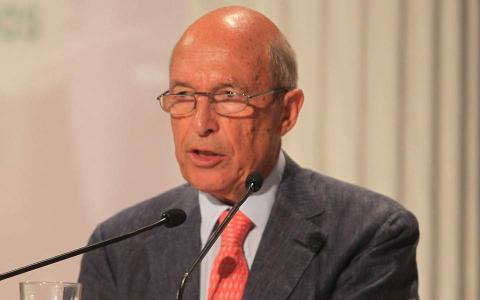 Former socialist prime minister Costas Simitis is expected to hail the "exceptional cooperation" he had with late Cypriot President Glafkos Clerides during his tenure, when the two politicians achieved a "wise distribution of roles" that yielded results - Cyprus' accession into the European Union - according to a statement released ahead of an event in Nicosia on Saturday to mark 100 years since the Cypriot leader's birth.
"Despite our different ideological backgrounds, we managed to achieve results on the two national issues that we were called to face - Cyprus' European accession and the Cyprus issue - because we were inspired by the same political philosophy," Simitis says in the statement.
"That is because Europeans were extremely reluctant to accept a divided Cyprus into the EU and Ankara threatened with an unprecedented reaction."
Simitis is also expected to...