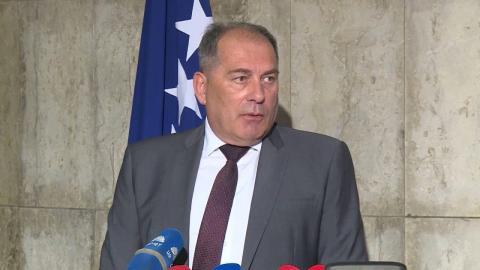 While most Bosnian politicians remain shy of social media, those who are present on it naturally cause a lot of attention, as has has been the case with newly registered Twitter user Dragan Mektic, the Bosnian Security Minister.

By joining Twitter in April, Mektic has become the second minister in the state-level government, the Council of Ministers, following Denis Zvizdic, Chair of the Council, to be present on the social network.

He noted that he runs his profile by himself, and that it is understandable that it is drawing attention since many high-level politicians in the country do not use social media at all.

Mektic has 2,021 followers so far, and his 95 tweets have featured sharped comments aimed at the ruling Bosnian Serb party, the Alliance of Independent Social Democrats, SNSD.

Mektic is a senior official of main opposition Bosnian Serb party, the Serbian Democratic Party, SDS, and his latest tweets have slated some of moves made by SNSD leader Milorad Dodik and his party.

"One day he calls Bosnia an 'impossible state' and the next he calls on investors to come, saying Bosnia is stable for business," Mektic tweeted on Wednesday, commenting on Dodik's recent contradictory statements.

When Srdjan Mazalica, an SNSD MP in the assembly of Bosnia's Serb-led entity, Republika Srpska, tweeted: "Mektic, arrests them … Mektic should be arrested" on April 5, it did not take long before Mektic answered: "You can catch me for…"